The idea of Speyfest came about after a chance conversation in 1994 between local musician, James Alexander and Fochabers Gala committee member Davie Stewart over a pint of locally produced beer. Little did James think that, a few weeks later, he would be contacted by Davie asking if he would expand on the idea to the Fochabers Gala committee which was chaired by Roddy Munro.

A Speyfest committee was born and the local high school rector, Lindsay Matheson, identified a Barclay’s bank CSV (community service volunteers) fund. A team of four senior students from Milnes High School presented the Speyfest plan to a panel of judges in Glasgow and successfully won an award of £4000 which was to be the seed money of the first Speyfest which took place in 1995.

James was able to persuade some of his many contacts in the folk music world to come and perform at the first Speyfest including the likes of Aly Bain and Phil Cunningham and Boys of the Lough. Since then the festival has grown into the tented village we now know as the home of Speyfest each summer with 2018 being the 23rd festival.

Below is a selection of posters and flyers from previous years. 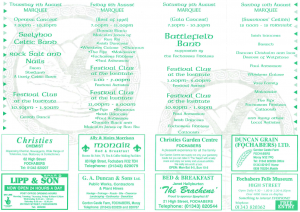 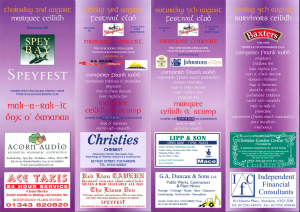 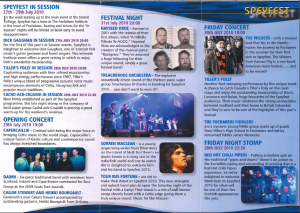 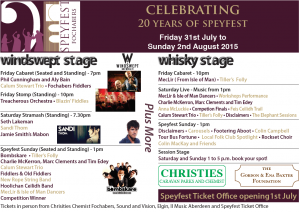 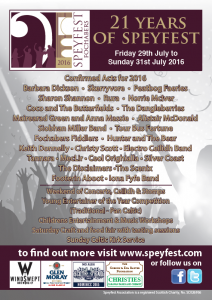